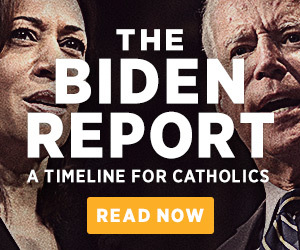 Without the recognition of our God-given rights, democracy quickly devolves into tyranny.

This is huge news! Don’t forget Joe Biden won Virginia by over 10% last year, winning by almost 500,000 votes. For nearly a decade, Democrats have won every single statewide office. ⠀ ⠀ But that could change this year, now that pro-life Republican Glenn Youngkin and Democrat Terry McAuliffe are tied with just two weeks to go!⠀ ⠀ Click the link in our bio for more!

Employees of General Electric (GE) staged a walkout Thursday as a demonstration against President Biden’s vaccine mandate for companies with federal contracts.⠀ ⠀ The protest began in the mid-morning at GE’s Greenville plant in South Carolina “and eventually swelled to include about 100 people, including children and some elderly people,” the Washington Examiner reported.⠀ ⠀ A protester emphasized to reporters that the walkout was not a demonstration against GE, but against the federal mandate. Another said that he might be vaccinated, but joined the walkout because he refused to be compelled to hand over his medical information. Some demonstrators held signs. One read: “No Jab No Job. No Mandate.” Another: “My body my choice.”⠀ ⠀ Click the link in our bio for more.

Texas officials called on the Supreme Court Thursday to allow the Lone Star State’s recently-enacted prolife law to stay in effect despite pressure from the Biden administration to block the law, which bans most abortions after about six weeks of gestation.⠀ ⠀ In the filing, Texas Attorney General Ken Paxton and others pointed out that the Biden administration’s Justice Department could not legitimately claim damage from the law, known as SB 8, and lacks the authority to protect the so-called “right to abortion.”⠀ ⠀ Click the link in our bio for the full story.

The family is the foundation of society. It’s about time we start treating it as such.

“If you want equal justice for all, and true freedom and lasting peace, then, America, defend life!” Let us heed the advice of Saint John Paul II!

Today is this great saint's Feast Day! Join us in remembering Pope John Paul II, a stalwart defender of human life and dignity.⠀ ⠀ Saint JPII, pray for us and our country! #JP2WeLoveYou

Washington State University Coach Nick Rolovich, a Catholic, is suing the University for illegally terminating him after he refused to take a mandatory COVID-19 shot.⠀ ⠀ The university fired Rolovich after he applied for an exemption based on his religious beliefs. The former WSU coach describes himself as a devout Catholic.⠀ ⠀ Rolovich was fired Monday, the day Gov. Jay Inslee’s, D-WA, vaccine mandate went into effect. The University did not allow Rolovich to speak with his team, and campus police escorted him to his car, the New York Post reported.